We are speedily moving away from a box screen TV era to flat screen televisions. We are getting so used to modern technology that when we see things that were hyped five or ten years ago it looks ancient. Many “baby boomers” previously looked forward to ageing gracefully and enjoying a good retirement, however they now have another item to add to their list; remaining up to date with modern items. Nothing is worse than having a spoilt tv set, visiting the shops and leaving more confused than when you entered.

You stand and say to yourself “all I want is a tv”. In the past all you had to worry about were features and size, but today it’s Plasma, LCD, LED tv’s with or without 3D and HD features.

We’ll simplify the process and make it as easy for you as possible.

These are losing popularity and can rarely be found in a size over 32 inches. This can work in your favour as it tend to be inexpensive but the picture quality is often not too good and is less energy efficient as LED. 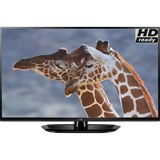 LED (Light-emitting diodes) works similar to LCD’s however they operate with a larger number of smaller LED’s. They can be incredibly slim, are available in a wider range and are more energy efficient. 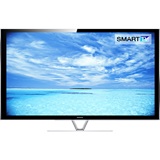 The display is made up of tiny gas cells between two sheets of glass. Deeper colours can be produced and are often cheaper than LED sized equivalents. They do however use much more energy than other types of TV’s.

So whether you’re looking for picture clarity, saving energy or simply cost, the choice between Plasma, LED and LCD’s are yours. If your looking for “big” then LCD’s are recommended over 32″ due to picture quality.

Feel free to search through the shops below and make your choice.

PRC Direct: Enjoy up to 40% off on Sony, Samsung and Sharp products.

Written By
Topsaver
More from Topsaver
Internet security software is important, because it helps to reduce phishing emails...
Read More

This site uses Akismet to reduce spam. Learn how your comment data is processed.